The centerpiece of the exhibition – an impeccably smooth, lustrous white seal braced atop a small and trodden bronze penguin – perhaps best embodies the myriad complexities present in Jensen's work. Slyly titled "Seal + Penguin 4 ever", the mammal-bird pairing is unlikely at best. The animals' respective positions – seal on top, penguin trapped below – leads to a natural conclusion, but the viewer is forced to ask, could it be? An interspecies copulation? "Seal + Penguin 4 ever" is in fact based in truth – on a bizarre, aberrant situation the artist read about.

Incongruous pairings, dark humor and an exquisite attention to surface and material are just some of the threads that run through and complicate Jensen's body of work to date. In choosing subject matter, she oscillates facilely between animals and inanimate objects, often working on several concepts simultaneously. Her titling frequently operates as double entendre, dry witticisms that underscore the nature of the sculpture itself.

"Debark", Jensen's take on the prototypical hobo stick, initially offers a light, adventuresome air. Closer inspection, however, reveals the work's destabilizing impracticality. The loosely-tied and brightly-colored handkerchief is actually made of cast paper, while the almost six foot-long stick is made of solid bronze. Even if the bare necessities in the bundle were light enough for paper to support, the bronze stick would be far too heavy to carry for any length of time… the idea of escape quickly becomes subverted.

Conjunctions features ten sculptures by Malia Jensen, including four brand new works that have never before been exhibited. A full-color, hard cover catalogue with essay by John S. Weber, Director of the Tang Museum at Skidmore College, is available. The catalogue illustrates over twenty recent works in a variety of media including wood, salt, bronze, resin and soap. 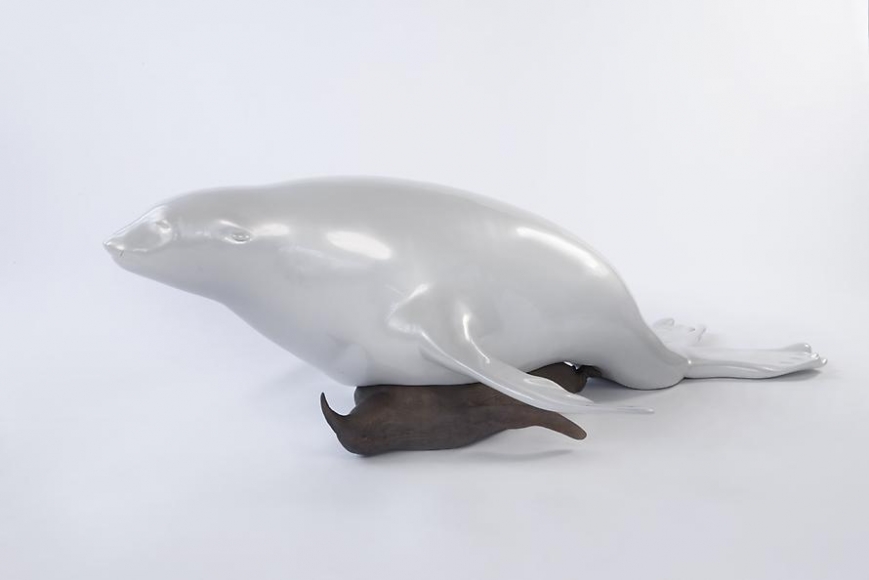 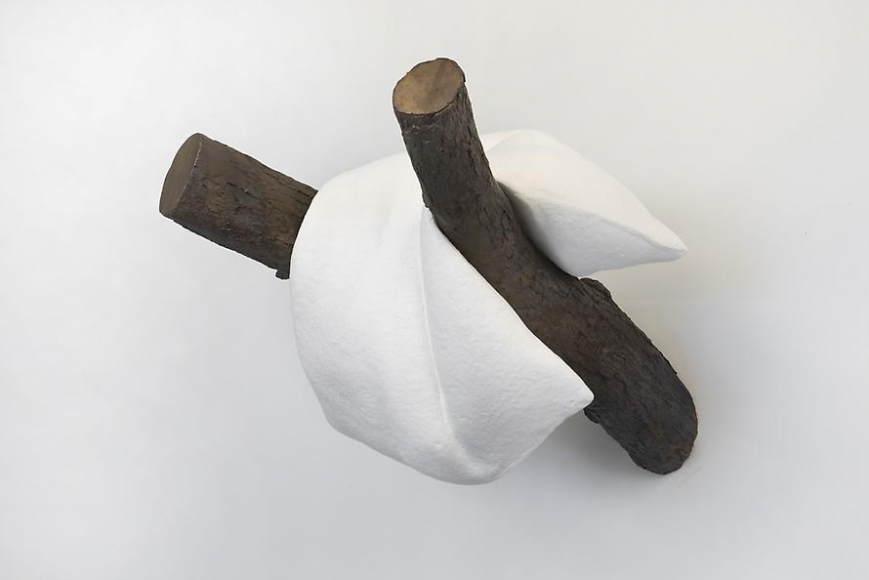 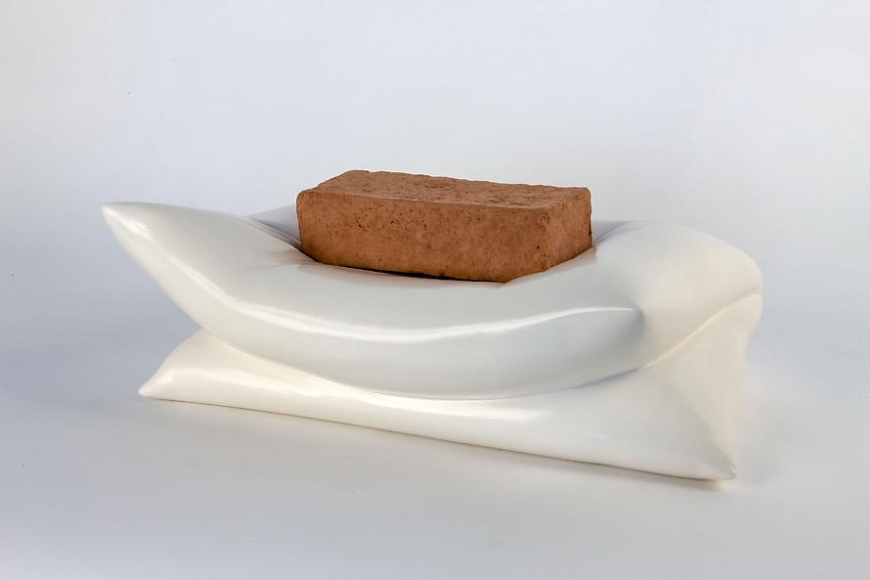 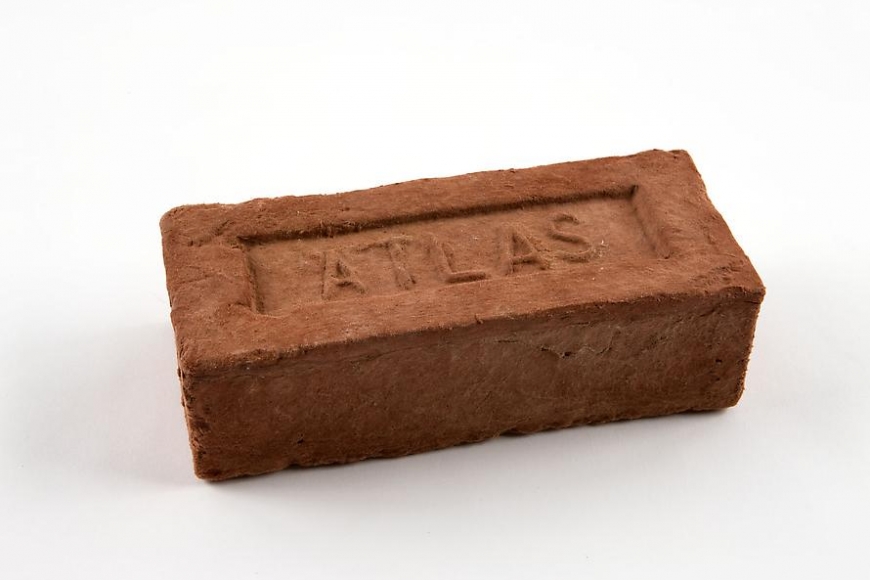 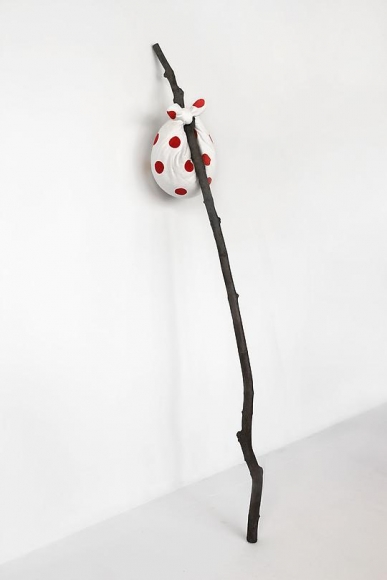 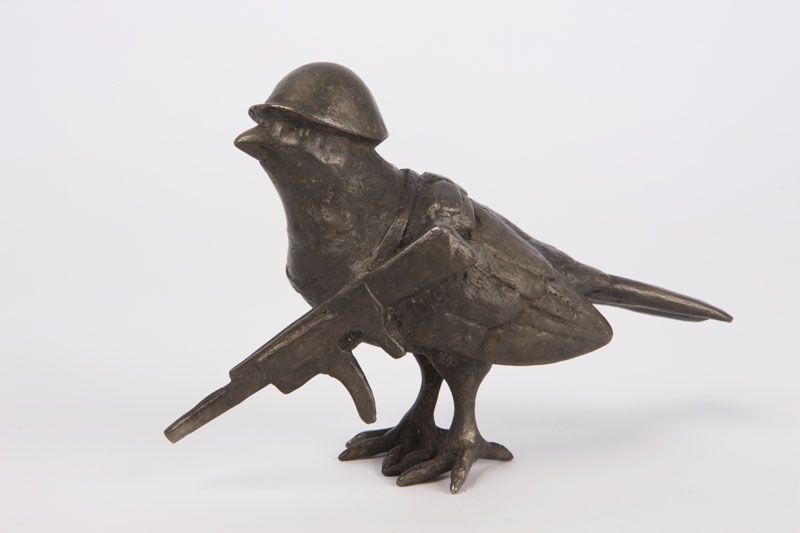 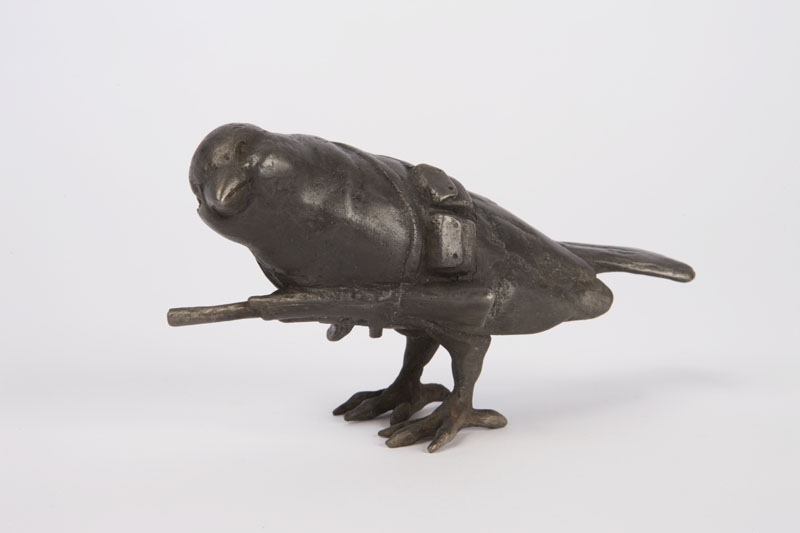 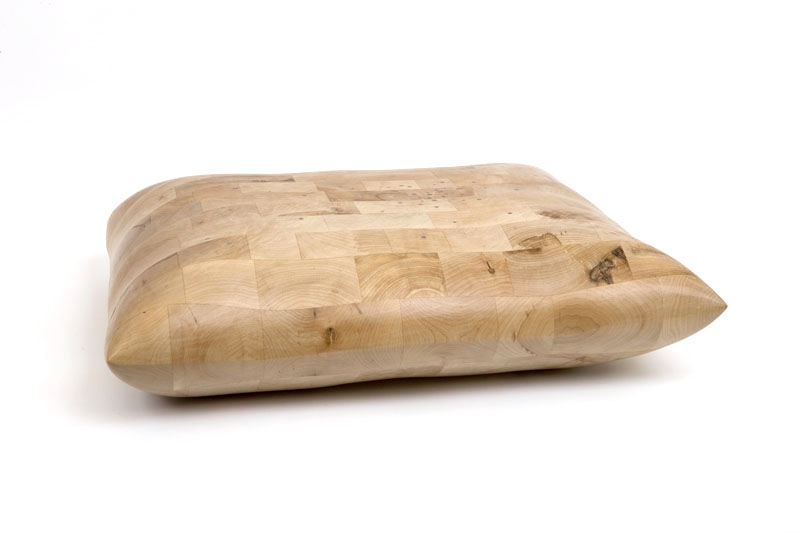 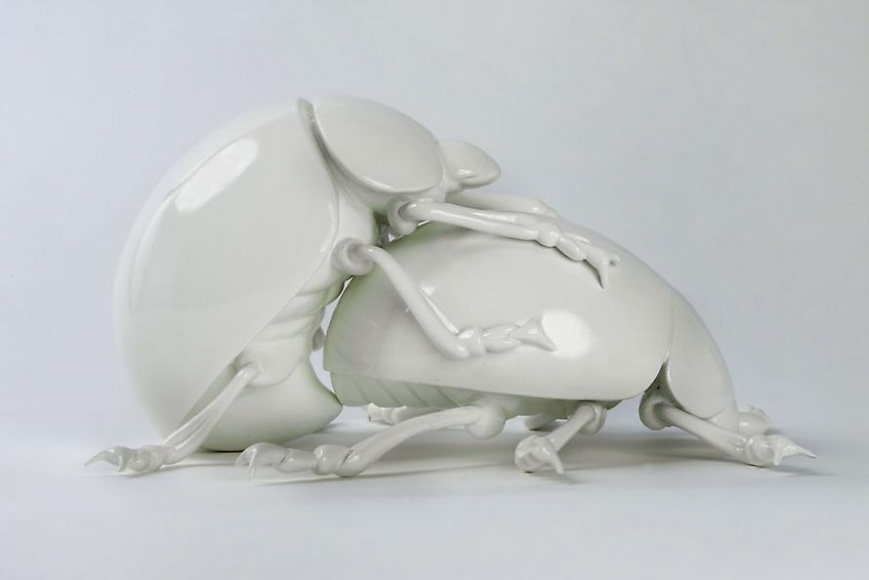 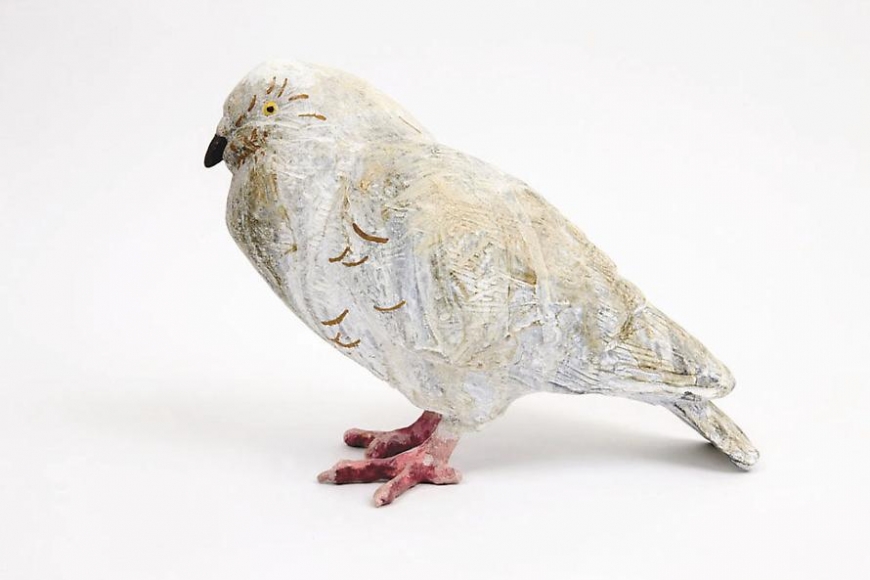 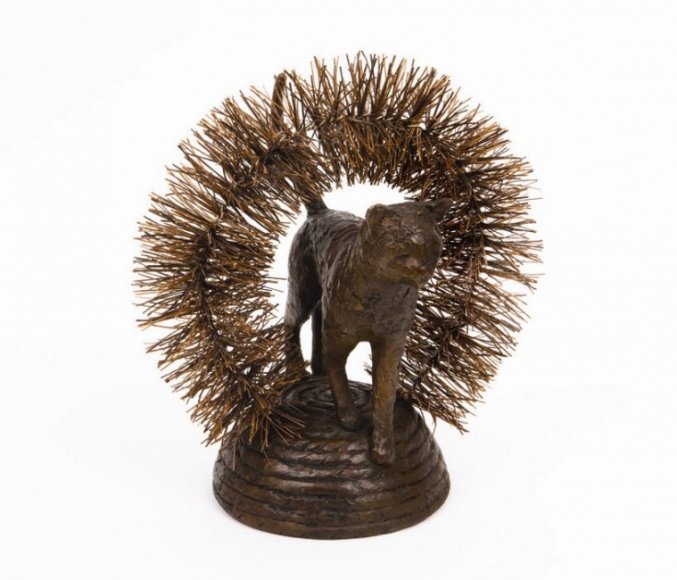 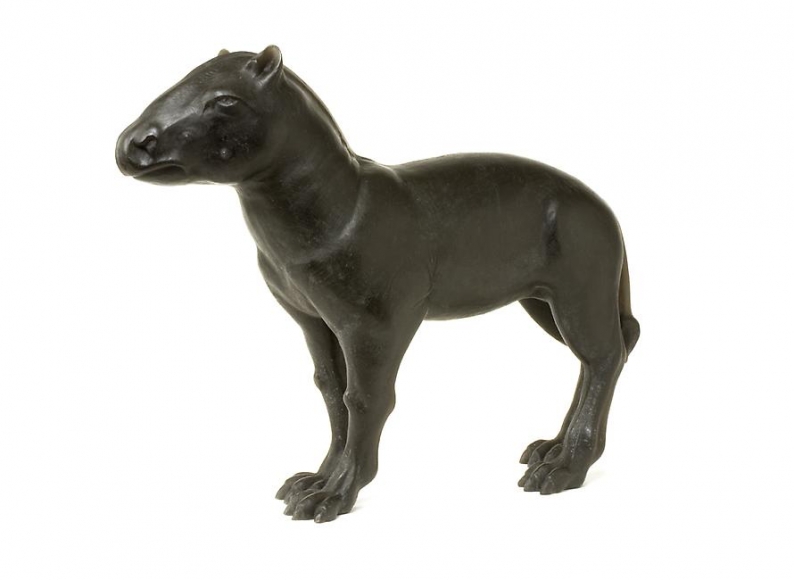 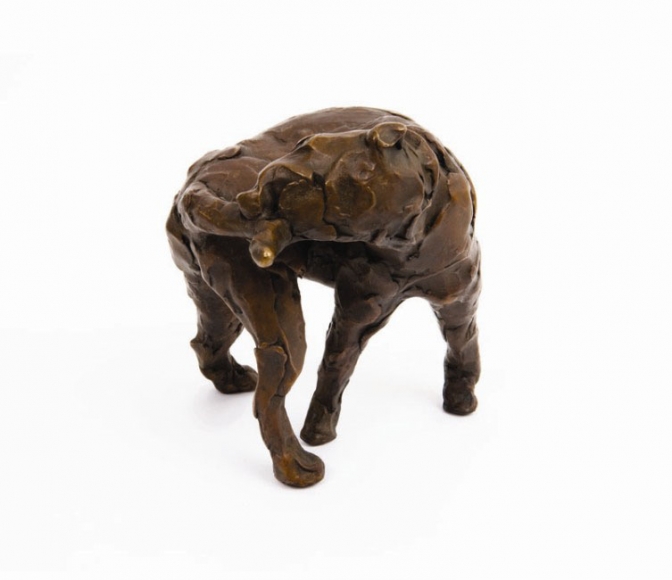 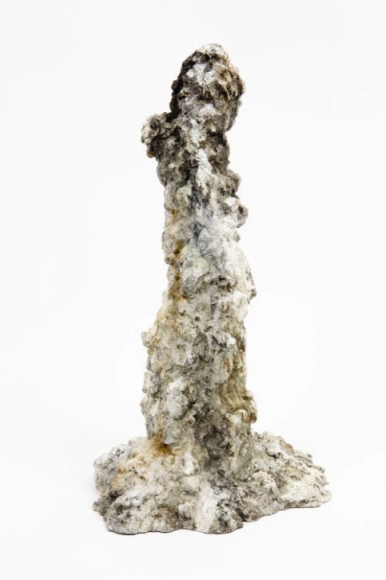 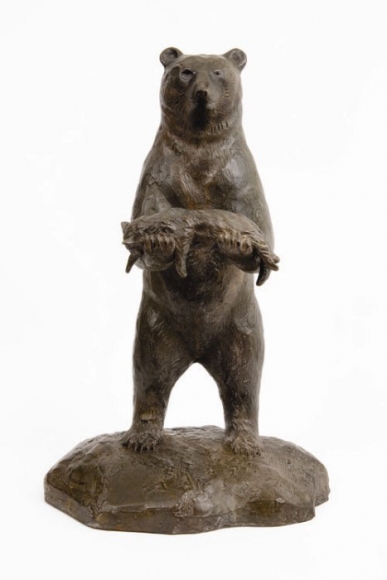 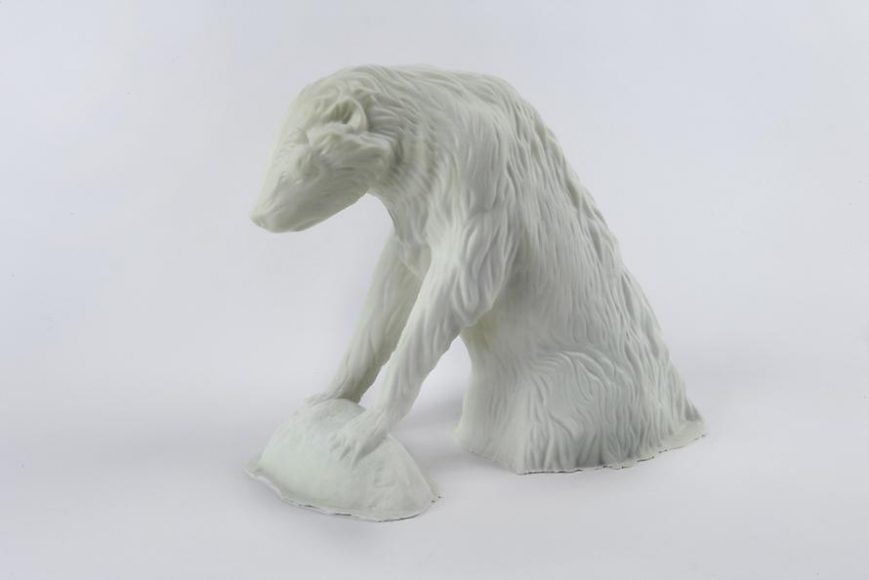 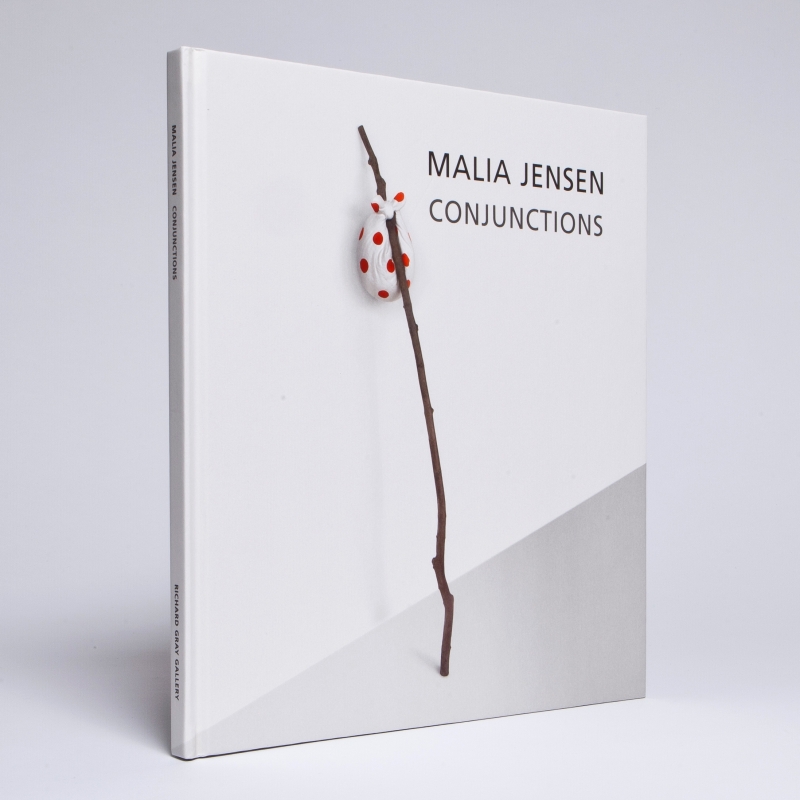