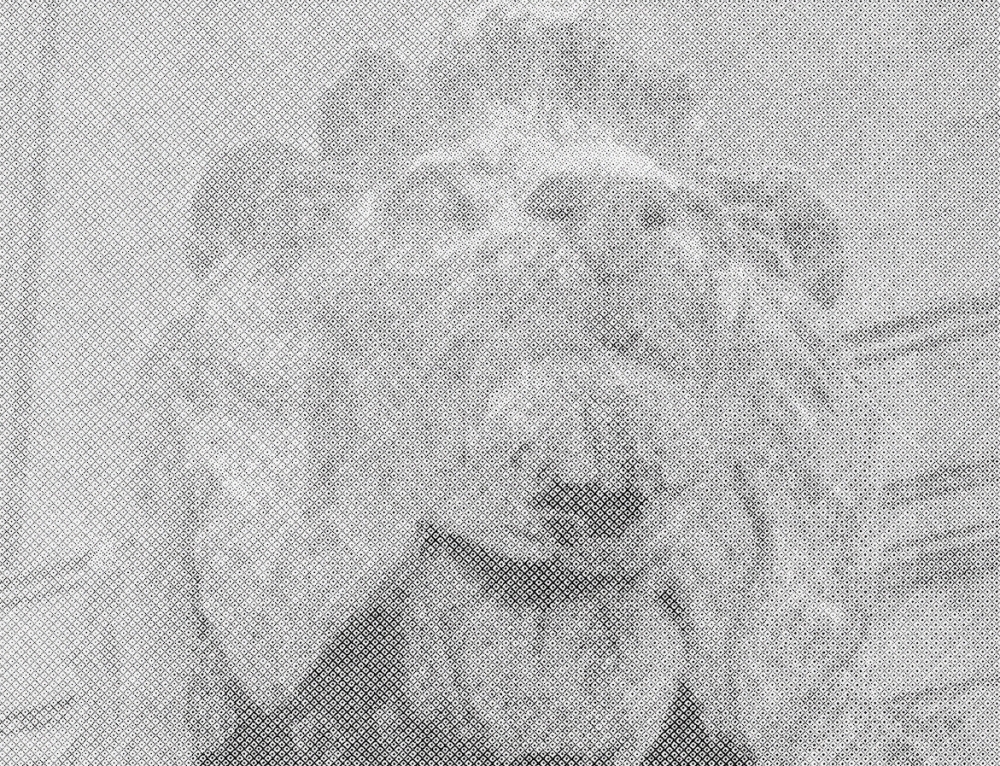 The British artist focuses on the urban iconography of New York and Chicago for this latest exhibition at Richard Gray Gallery. In a letter written earlier this year, British artist Ewan Gibbs quoted a revealing passage from John Ruskin’s Victorian-era The Elements of Drawing (1857).

It reads: work with your pencil point very patiently; and if you can trust me in anything, trust me when I tell you, that though there are all kinds and ways of art—large work for large places, small work for narrow places, slow work for people who can wait, and quick work for people who cannot—there is one quality, and, I think, only one, in which all great and good art agrees—it is all delicate art.

With New York / Chicago,Gibbs’s new exhibition at Richard Gray Gallery‘s New York location, the artist most certainly offers “slow work for people who can wait.” Against pale pink walls hang small-scale drawings of New York and Chicago architectural landmarks. Each is articulated in Gibbs’s small and precise pen and pencil marks and pinpricks, a method he developed over 25 years ago, after seeing a book of knitting patterns structured within a grid system.

From across the room, these images of what may be America’s two most architecturally recognizable cities are quickly legible; one can spot the Chrysler Building, the Sears Tower, and the like. These small-scale images, all titled either New York or Chicago, are drawn from Gibbs own snapshots (he had originally culled his source imagery from travel brochures and guides).

“I tend to visit a place and take thousands of photographs and then whittle them down.” said Gibbs, “I use iconic buildings in a Pop Art spirit. These are the ‘celebrity’ buildings in the celebrated cities I tend to be drawn to having often fallen for them as a kid watching movies and TV shows.”

As one moves closer to the images, however, the sense of visual cohesion of these familiar locations dissolves into a sea of small marks. In this way, they are reminiscent of 19th century Pointillist paintings. This dissolution has more destabilizing effects, however, and seem less to explore the nature of perception, than to be a meditation on diligence, labor, and craft. The closer one steps toward each drawing, the more apparent the extreme patience required to create these images becomes. Vija Celmins‘s works seems an apt comparison with her meticulous renderings of outer space and ocean waves sharing an obsessive and all-over quality. Like Celmins, Gibbs offers the eye no place to rest.

This quality is something of a new development for the artist. Though the grid structure has been present in Gibbs’s practice for years, there have been small changes to his mark-making, namely the use of only one type of mark within a work, be it a diamond, a circle, etc. “By using variations on one mark,” Gibbs said, “the drawings developed a naturalism and a more consistent surface that kept the eye moving rather than settling on an isolated area of the mark making.” Oddly, this borderline obsessiveness does not result in a rigidity, but instead a detailed intimacy. “I like the image relation to be in scale to a human face as you look up close,” Gibbs explained. “Many of these works cover the equivalent area of one’s eyebrows, eyes, nose, and mouth. A scale we are used to focusing on intently when in conversation and dialogue.”

Gibbs possesses, and seems to expect of his audience, a detailed familiarity with his subject cities. In a drawing titled New York (2018), a single hanging light fixture from Grand Central Terminal implies the entire station, and with it, the entire metropolis, a kind of visual synecdoche.

More recently, his grid seems to be giving away, just the slightest bit. In works such as Chicago (2019), there are moments of blending of marks, made by an eraser and sometimes a small makeup brush. The latter seems a fitting tool for images that in the end seem best described as tightly framed portraits. 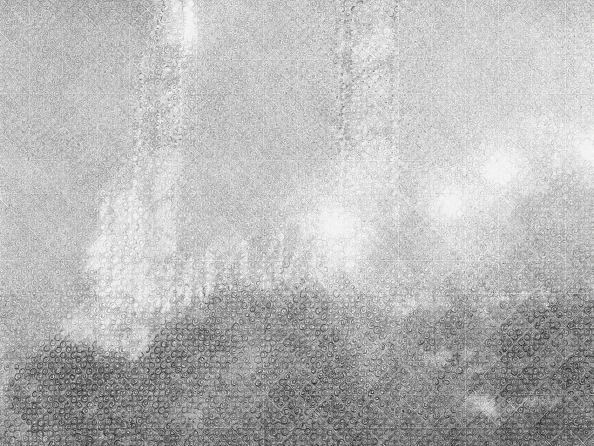 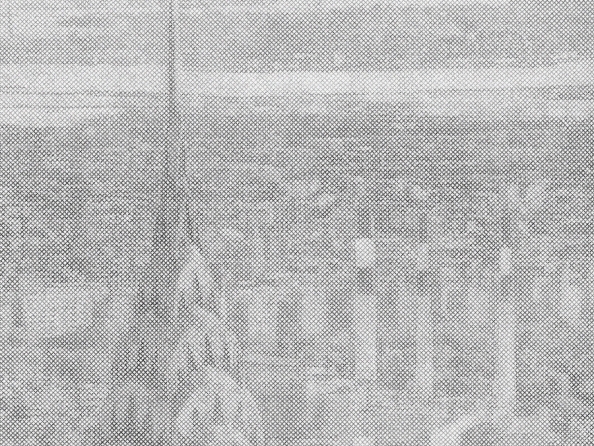