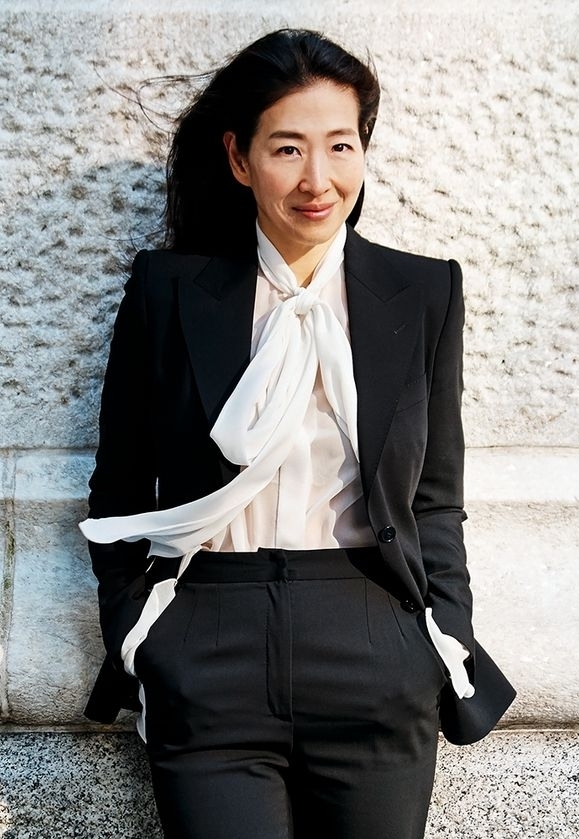 Many art professionals “cut their teeth in the art world” at an auction house, Sharon Kim says. She just happened to spend 25 years at it, serving in several senior roles in Christie’s worldwide impressionist and modern art department before becoming a partner at Gray, in charge of its New York location, in June.

Kim, who most recently was Christie’s international director of impressionist and modern art, was involved in the sale of such major estates as Victor and Sally Ganz in 1997, Sidney and Frances Brody in 2010, and Peggy and David Rockefeller in 2018.

It was those experiences, particularly working with the Ganz and Brody estates, that Kim says helped inspire her move to Gray, which was formerly named Richard Gray Gallery after its founder, who died in 2018.

“Having the privilege of working with these masterpieces of modern art in each collection and by learning about these prescient collectors informed the importance of championing and collecting the art of our time,” Kim says.

While involved in the major estates handled by Christie’s, Kim saw original invoices written to the Brodys for their purchase of works by Alberto Giacometti from Pierre Matisse Gallery, bought in the year the art was made. Similarly, she saw the Ganzs’ invoices from their purchase of Pablo Picasso ’s famed Les Femme d’Alger series.

These experiences helped to spark what Kim says is her “personal curiosity and interest in contemporary art.”

Gray represents several living artists whose work she will represent alongside impressionist and modern art, given that the gallery’s clients “buy across categories in all realms—at auctions and at galleries,” Kim says.

Although her academic area of expertise and interests “remains true to impressionist and modern” at Gray, she says, “I have this opportunity to learn and innovate while capitalizing on my knowledge and experience.”

Working at a gallery also gives Kim the chance to focus and prioritize long-term relationships with “each collector who we work with,” she says. That’s “in part because the hammer is not about to come down,” like at an auction.

Gray was founded in 1963 in Chicago, and has two locations in the city, one on the 38th floor of 875 North Michigan Ave., a 100-story supertall skyscraper formerly known as the John Hancock Center, and Gray Warehouse in the city’s West Town, which opened three years ago. The New York location, which was overseen by former partner Andrew Fabricant—now chief operating officer at Gagosian—has been located on the fourth floor at 1018 Madison Ave., on Manhattan’s East Side, since 1997.

Kim will oversee the gallery’s October move to the second floor of this historic Beaux-Arts building, which features a black-and-white terrazzo sidewalk designed by Alexander Calder in honor of three galleries that represented him in that space in 1970.

The new location on the parlor floor, with higher ceilings and better light, “allows for more opportunities to better engage with art and with clients,” Kim says.

For now, Gray is offering a solo exhibition of McArthur Binion ’s drawings and paintings at Gray Warehouse, and is focusing on a combination of physical and virtual shows at all its locations. A specific exhibition schedule has not been set yet for New York, although clients can make an appointment for private viewings.

The pandemic has been an interesting, and difficult time, for artists and galleries, but Kim finds some relevant perspective among the impressionists and modernists. During the last pandemic, the Spanish flu of 1918, the French impressionist Claude Monet was painting his heralded water lily series, she says. In 1919, the Bauhaus, a German art school featuring artists such as Josef Albers and Marianne Brandt, was created, while the Dutch painter Piet Mondrian was experimenting with abstraction.

“There was an incredible amount of creativity happening during this time, when people were locked in,” Kim says.

“Looking today at contemporary art, our artists at Gray are creating and having an incredibly stimulating time,” she adds, noting a recent large-scale outdoor work by Theaster Gates installed at the Parrish Art Museum in Water Mill, N.Y., that speaks to the function of historical monuments.

“The galleries who represent living artists are having uniquely poignant dialogues,” Kim says.