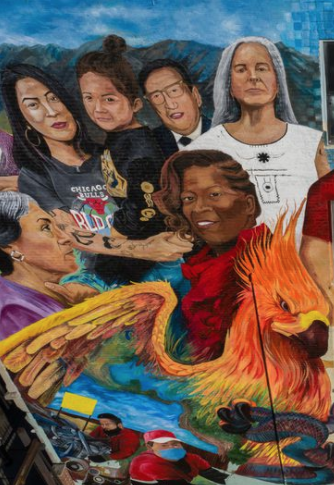 Sure, art fairs, museum exhibitions and gallery shows throughout the year were postponed, cancelled or pushed, sometimes uncomfortably, into the virtual realm.

But even amid the COVID-19 pandemic there were several kinds of good news in the art world in 2020: The forced departure from the public sphere brought time to make art and a new focus on what could be done outdoors, while the social justice movement inspired a new thrust toward equity in the realm.

Here’s Paul Gray, one of Chicago’s leading gallerists: “One of the most interesting phenomena in my world is the degree to which this has been a rich time for artists and making art and developing ideas.”

For the top-tier artists that his Richard Gray Gallery represents, including David Hockney, Jaume Plensa and Theaster Gates, the expectations of their work has meant a “cacophonous, geographically demanding life for decades now,” Gray said. “People are expected to participate in activities all over the world…. The calendar fills up very quickly, and making art is a fairly solitary adventure.”

We were talking about the November-through-January exhibition at Gray Warehouse featuring works from Spanish sculptor Jaume Plensa, crafter of the enduring Crown Fountain in Millennium Park — among the public artworks in the city that did not come under question in 2020.

While art and other museums closed back down in mid-November as a result of the resurgent COVID-19 virus, the Plensa show, “Nocturne”, remains open but with the gallery now asking that people make an appointment before stopping by so as to manage visitor flow.

Gates, the South Side artist and community developer, agreed the forced time off was fruitful. “I’ve been pretty busy,” he said in a September interview ahead of a show, “Black Vessel,” at Gagosian in New York. “I’ve used the six months to have, like, productive worry. When I worry, I tend to organize or make. And so the conditions actually made me more productive than I’ve ever been.”

Part of that was paring things down to an essence, asking himself “who matters that I would be willing to damage my health to be in their presence?” he said.

“A lot of unnecessary things fell away, and I found myself with more clarity, more kindness. You just realize how much running you do that maybe you don’t have to do, how much we say that it doesn’t really matter.”

That’s sort of the feeling of the year. Here are some of the facts.

The big art museums and the galleries closed down in mid-March as the spread, seriousness and means of transmission of the novel coronavirus became widely apparent. Curators scrambled to hold over existing exhibitions and rework planned ones.

At the Art Institute, for instance, staff arranged for the just opened El Greco show to stay long enough so that guests would be able to see it, should they be allowed back in the building. (It was on view from the late July reopening into mid-October.)

And head of European painting and sculpture Gloria Groom scrambled to save her “Monet and Chicago,” the museum’s Impressionist aspiring blockbuster, slated for a May opening.

“What I just wanted to hear from the administration … is, ‘This is an exhibition that will go on, even if it has to be six, seven or eight months later,’” Groom said back in April, as she adjusted to a new routine of convening Zoom meetings and designing gallery pathways that would allow for greater social distancing.

Groom got her wish, and Monet opened in early September, a little more then a month after the museum re-opened, and the gathering of Monets from the Art Institute and Chicago collectors was a balm for art-starved eyes.

Now and for the foreseeable future, though — given the likelihood of Thanksgiving and Christmas gatherings keeping COVID rates high — “Monet and Chicago” is back behind closed doors, with a closing date “to be determined,” the museums says.

It is there along with, among other things, a set of contemporary, stunning, all-fabric takes on Black American life. “Bisa Butler: Portraits” had only just opened — in the same galleries occupied by the old master El Greco — when the State of Illinois ordered museums to close again by Nov. 20.

In the world of art for sale, a group of West Side galleries, including Gray Warehouse, participated in the mid-May “Not Cancelled Chicago,” a weeklong digital walk-through of exhibitions.

As one example of what happened next, Monique Meloche Gallery already had up an exhibition by Chicago artist Nate Young. Before letting people back into the gallery during the warmer months, she extended the exhibition, “The Transcendence of Time.”

Currently, Meloche is accepting visitors by appointment for the exhibition “Royal Specter” by the painter Kajahl.

The big Expo Chicago international art fair, meanwhile, was early in responding to the pandemic. In May, it cancelled its planned September show dates and moved proceedings to this coming April 8-11, an attempt to lay early claim to that date on the art fair calendar.

It seemed a long way off at the time, but now the hard choice to plan well ahead may be butting up against the reality that the world appears unlikely to be widely vaccinated by mid-April. (Meanwhile, the show’s home, Navy Pier, reopened for the summer but decided to shut down again after Labor Day until next spring.)

As all these openings, closings and schedule adjustments were going on, the country moved into a time of reckoning with diversity and inclusion issues, sparked by protests following the police killing of Black citizen George Floyd in Minnesota in May.

Public art in Chicago became a focus, as it has been nationwide. Protestors defaced statues of George Washington, a slaveholder, and Mayor Lori Lightfoot had Christopher Columbus statues removed while a new public-art committee reviews the city’s monuments.

Part of “a racial healing and historical reckoning project,” the city said, the project will also commission new temporary public art treating “a broader range of topics around COVID-19, inequality and racial reconciliation.”

Meanwhile, with outdoors being safer than in, other public art came into being, including a new mural in Pilsen celebrating neighborhood residents and essential workers in the gentrifying community.

The protests resonated indoors, as well. Worker groups at the Art Institute and the Museum of Contemporary Art Chicago called publicly on their employers to deliver social equity within museum walls, the most overt and organized they have been in recent memory.

The moment, prominent figures agreed, felt like real impetus for change in the Chicago cultural community.

“The current push is absolutely new and different from previous years,” Julie Rodrigues Widholm — recently departed as the director of the DePaul Art Museum and, before that, an MCA Chicago curator — said in September. “We are seeing deep structural change and a call for transparency that is unprecedented.”

Echoed to varying degrees by others, those words came when the public health was not as dire as it has since become.

How much institutions are able to do — what new hires and grants they can make, what reforms they can implement, what exhibitions they can present — are all likely to be impacted by a basic fact: Revenues, in a lot of public-facing places, were virtually non-existent throughout 2020.

Artists will keep making art, but any art world push toward taking a broader view and correcting past injustices will have to be executed in tandem with a financial comeback. Both, at this point, seem to be the project of years rather than months. 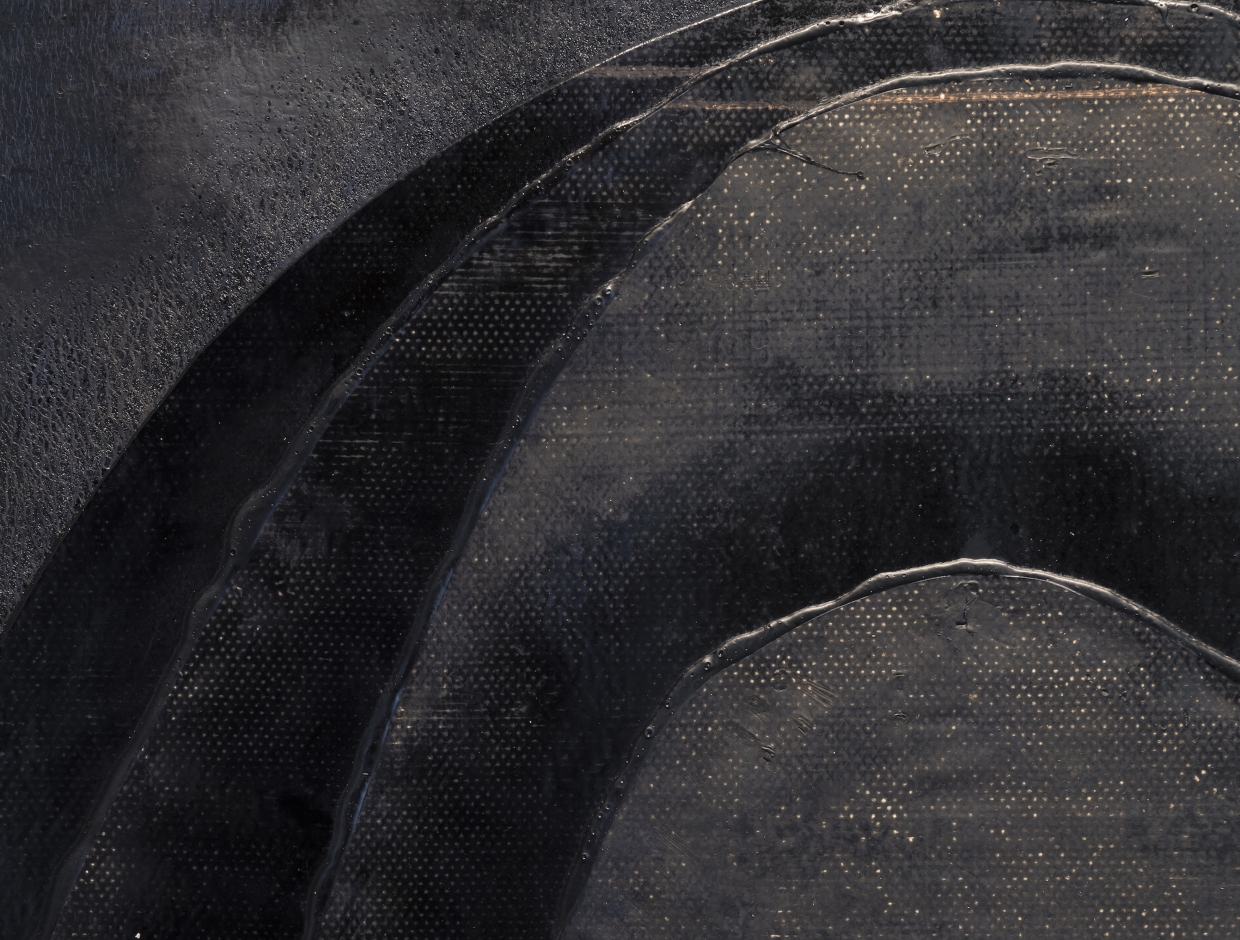 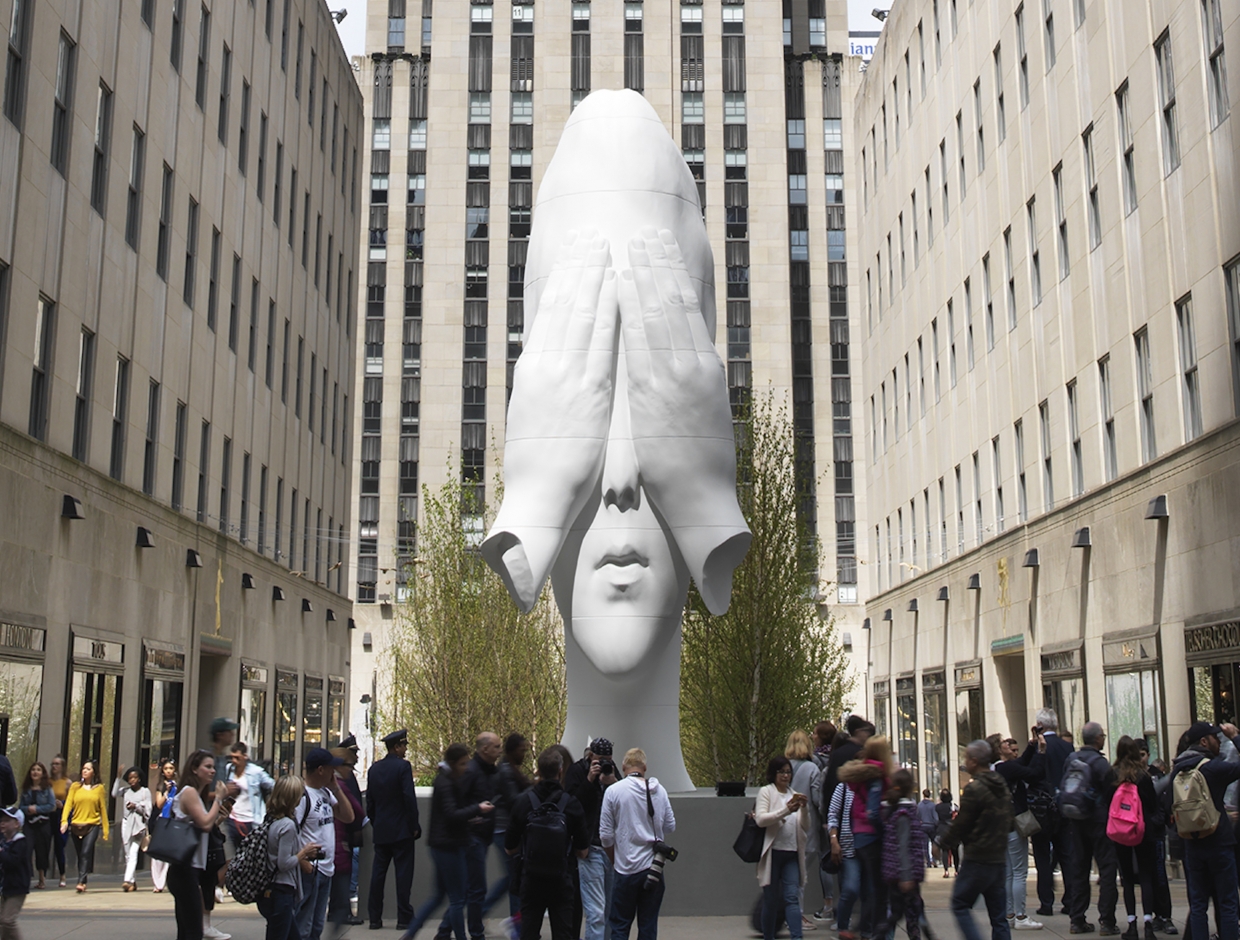 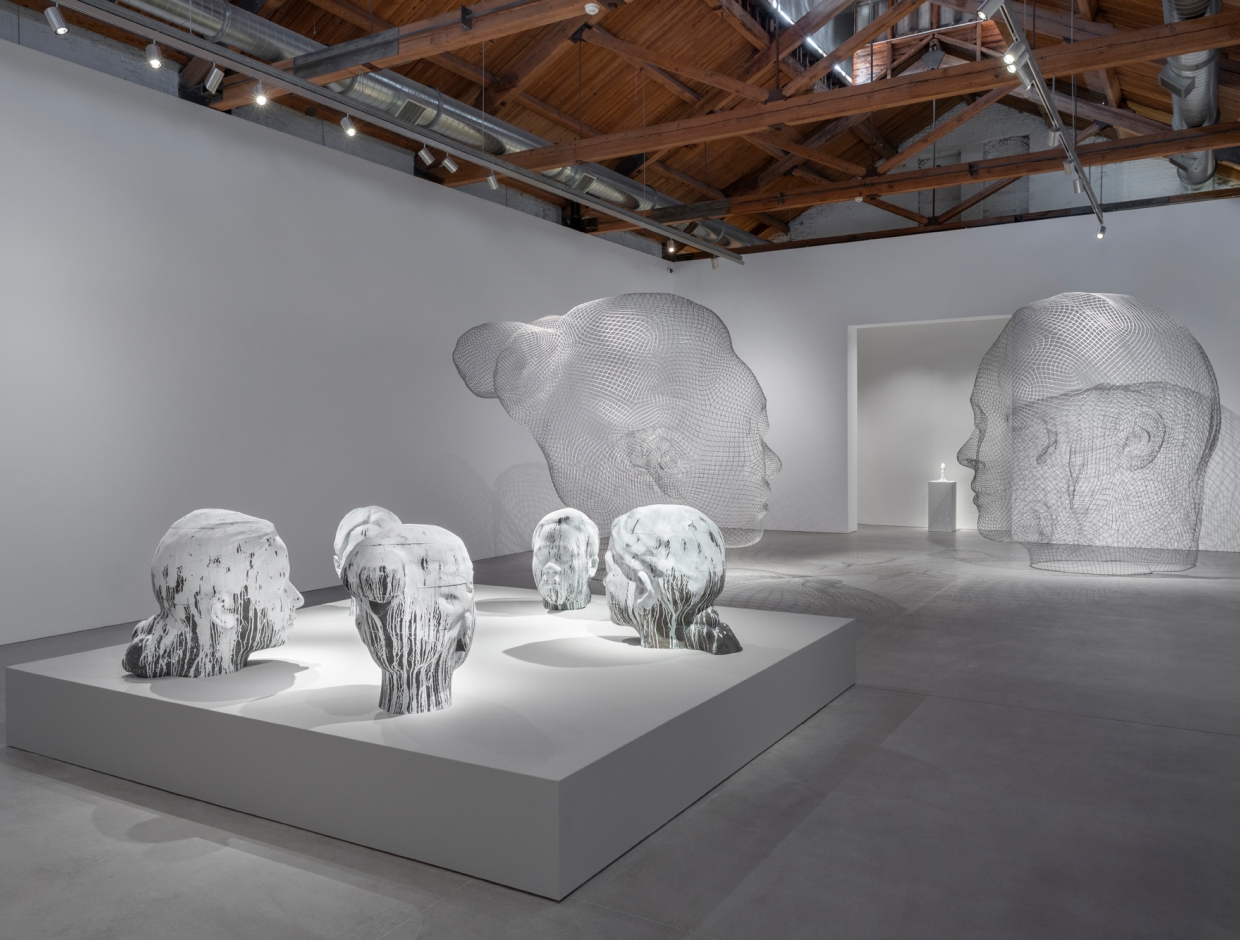