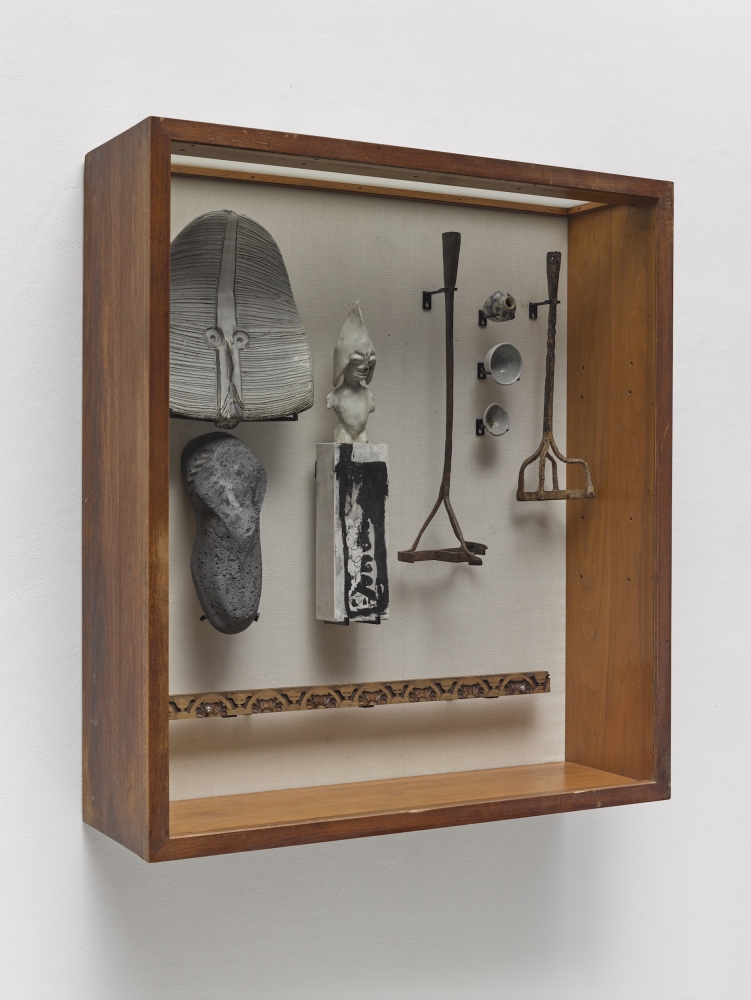 The work of Theaster Gates is deeply engaged in material and cultural production, preservation, and presentation, especially as they relate to historical and contemporary power dynamics. The present work, Malaga Vitrine #1, makes these concerns explicit by placing otherwise unrelated objects of ambiguous origin together in a wall-mounted vitrine. With this arrangement of found and studio-made objects, placed behind glass, Gates assembles a loose narrative intended to provoke questions of cultural representation and knowledge production, particularly within museological displays.

Malaga Vitrine #1 was an integral work in Gates’s 2019-2020 exhibition, Amalgam, which debuted at the Palais de Tokyo and later traveled to TATE Liverpool. This exhibition explored the social histories of migration and interracial relations during a specific episode in American history – the little-known story of Malaga Island off the coast of Maine. The island was home to a small community of Black, white, and mixed-race people from the end of the Civil War until 1912, when they were evicted from their homes by the state's governor. The exhibition’s title Amalgam, a near anagram to Malaga, has also been used in the past to denote racial, ethnic, and religious mingling. For Gates, the term has acquired an even more charged significance, impelling his practice toward new formal and conceptual explorations in film, sculpture, architecture, and music. 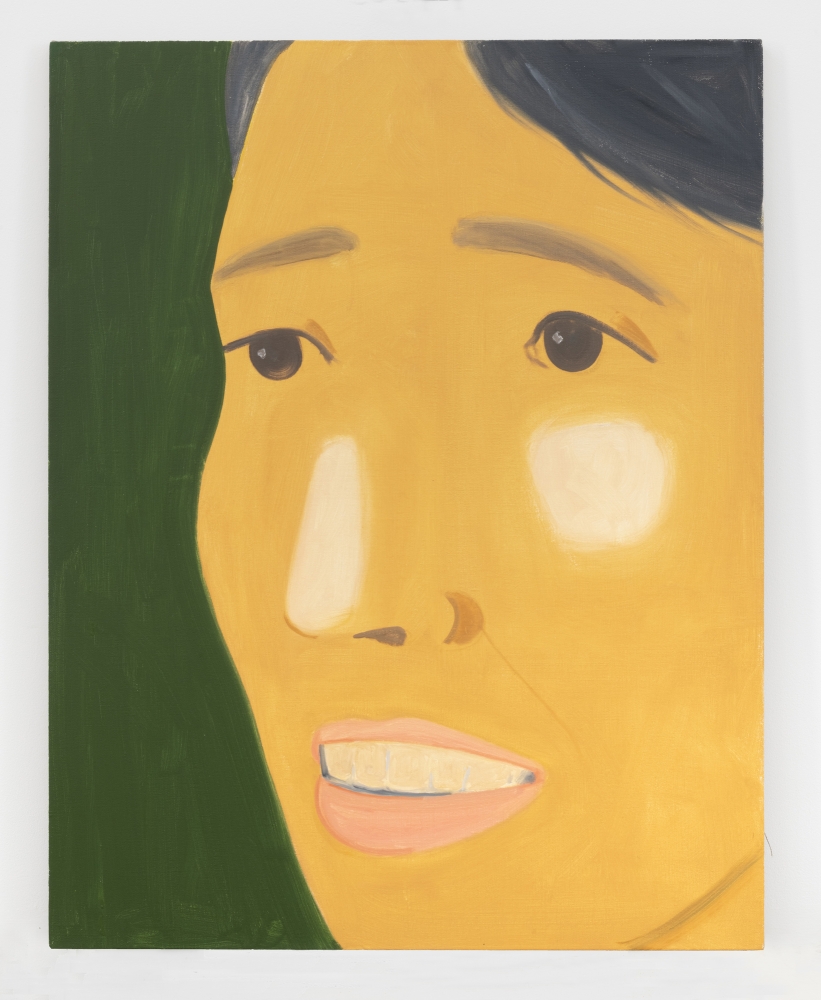 Alex Katz has over the past six decades established himself as a preeminent painter of modern life, whose distinctive portraits and lyrical landscapes bear a flattened surface and consistent economy of line. As writer Calvin Tomkins remarks in a 2018 profile of the artist, "Katz had found a way to paint portraits that he described, in a 1961 statement, as 'brand-new & terrific.' Ignoring character and mood, he offered the pure sensation of outward appearance – not who the people were, but how they appeared at a specific moment. 'I can’t think of anything more exciting than the surface of things,' he later told an interviewer."

Although his models are often those who Katz knows best, rather than articulate certain intimate characteristics of family or friends that only he might be privy to, Katz opts to present his models as they appear to him at a particular instant. This gives his portraits a masterful sense of immediacy and forthrightness, which "make[s] us see the world the way [Katz] sees it, clear and up close, with all but the most essential details pared away." 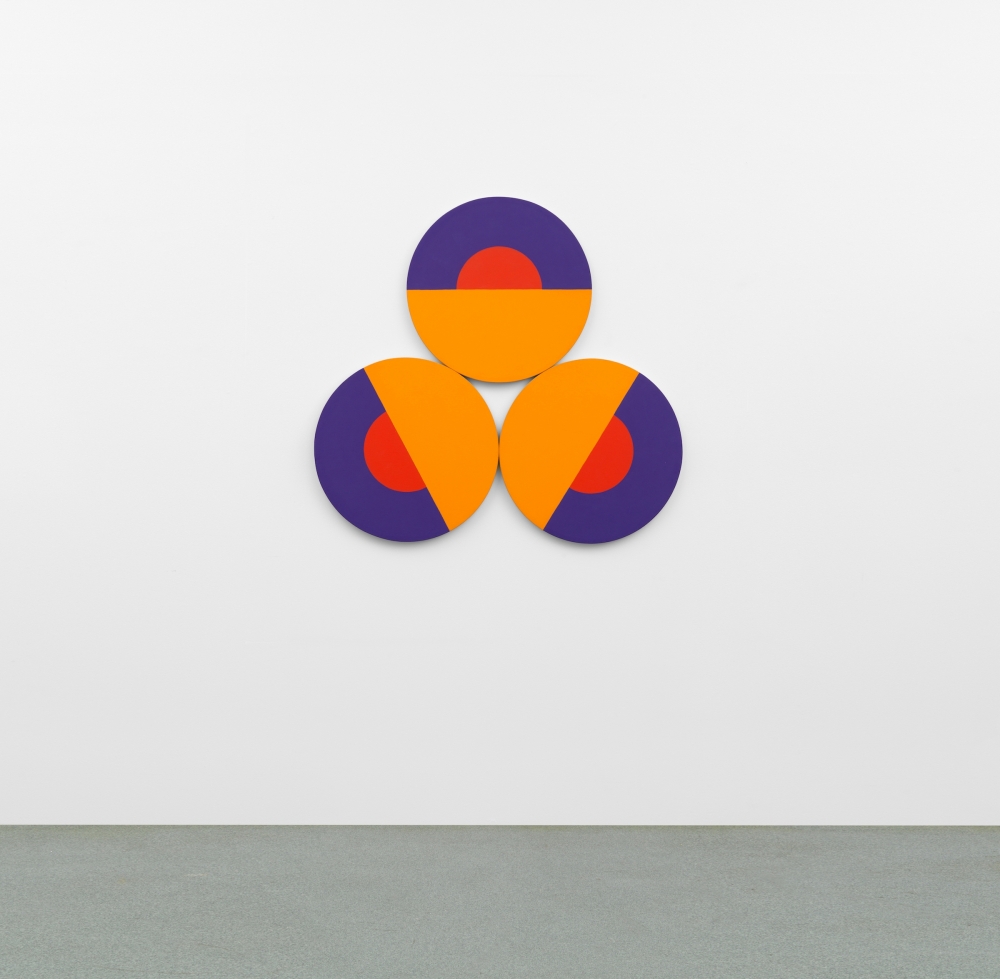 American painter Leon Polk Smith was heralded for his lifelong commitment to simplified shapes, brilliant colors, and minimal, pressurized compositions—a commitment that predated, influenced, and outlasted hard-edge painting and Minimalism. Influenced by Mondrian and Brancusi, Smith was also extremely independent and original, pulling in visual inspiration directly from life, whether it was the open expanses of the Southwest, where he spent his childhood on Indian territory, or flat drawings of dimensional baseballs and soccer balls he found in sports magazines. Smith’s 1950s Correspondence series sought to involve and interchange positive and negative space, drawing a taut vitality between two vibrantly painted shapes defined by a precise but irregular contour. In the late 1960s and 1970s, his revolutionary Constellations went even further, introducing multiple, shaped panels into a single composition. 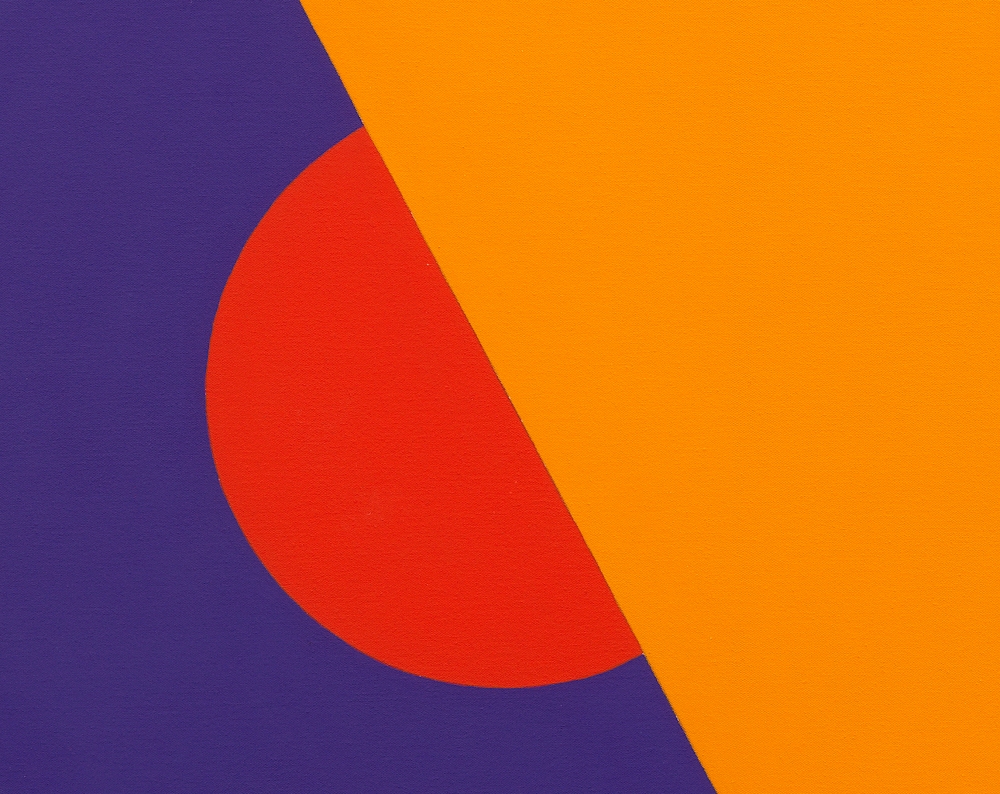 Critic Carter Ratcliff wrote of the Constellations: "two or three or more canvases cluster on the wall. Though they touch, their shapes—oval or circular—prevent these canvases from interlocking. Painted forms reach from one to the next, across the entire set, invisibly spanning the gaps between the canvases. Every patch of color is fully itself and fully a part of a larger shape. As form is space, and space is form, part is whole, and whole is part. The whole form that the eye deduces from the color sweeping through a Constellation is part of an unimaginably large form that reaches far beyond the boundaries of the painting. The Constellations are wide open."[i] With Trilogy in Yellow, Red, Blue, the artist pulls viewers toward a triad of punchy, humming color all the while gesturing toward an expanse stretching far beyond the curved edges of each canvas.