Harold Gregor (American,1929-2018) was an Illinois-based painter whose colorful and distinctive Midwestern landscape paintings are both timeless and refreshing. Gregor has categorized his work into five series: Illinois Flatscapes, Illinois Landscapes, Illinois Colorscapes, Trail Series, and most recently, Left-Right Vibrascape Series. Schooled during the generation of abstract expressionism, Gregor did not initially seek out landscapes as his central subject. However the genre found Gregor in 1970 when he moved from California to Bloomington, Illinois. It was then that Gregor created his Illinois Corn Crib paintings: tightly rendered and hauntingly silent photorealist work depicting white-wash corn cribs as the focal point of the landscape. Later into the 1970s Gregor began making the first of many landscapes from heightened and skewed perspectives, disregarding the structures within the land and focusing on the beauty of the landscape itself. Using both rich, romanticized hues and lifelike colors, Gregor’s paintings draw viewers into the unnoticed beauty of their surroundings. 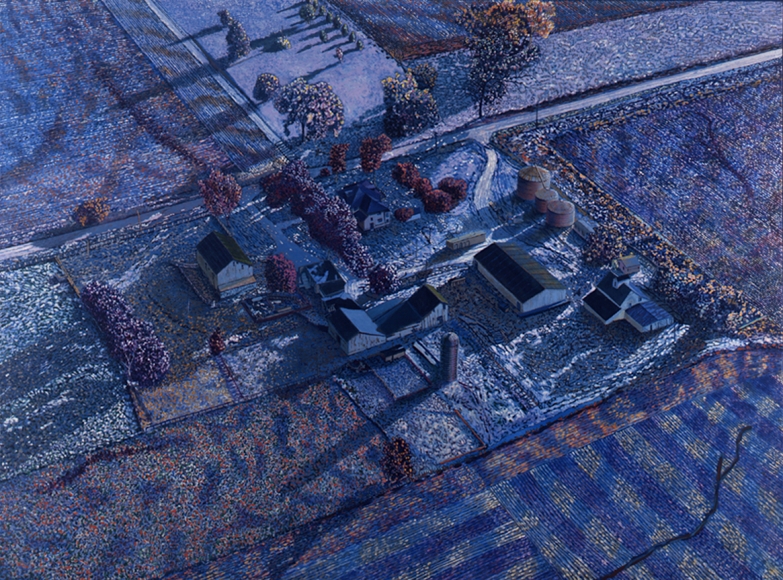 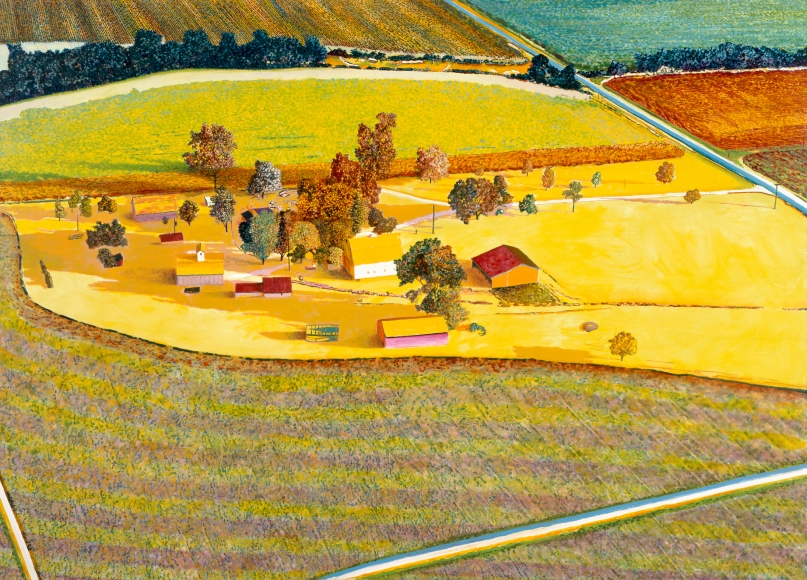 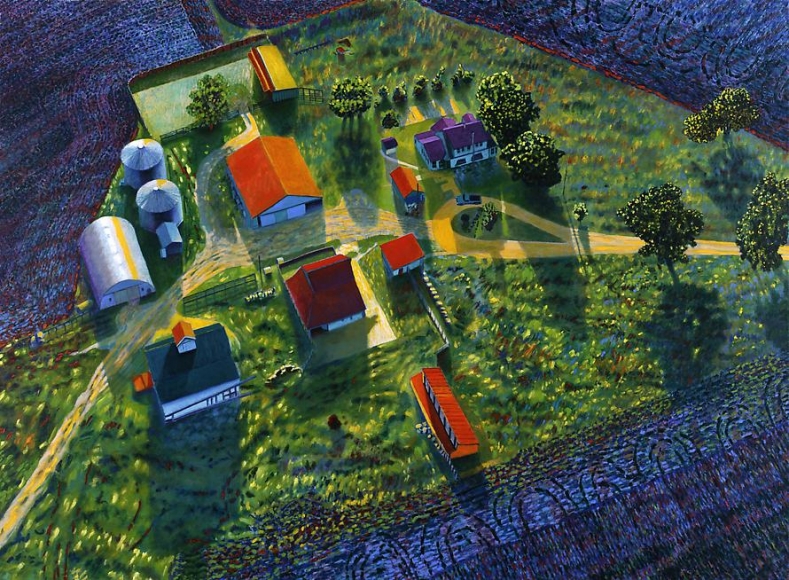 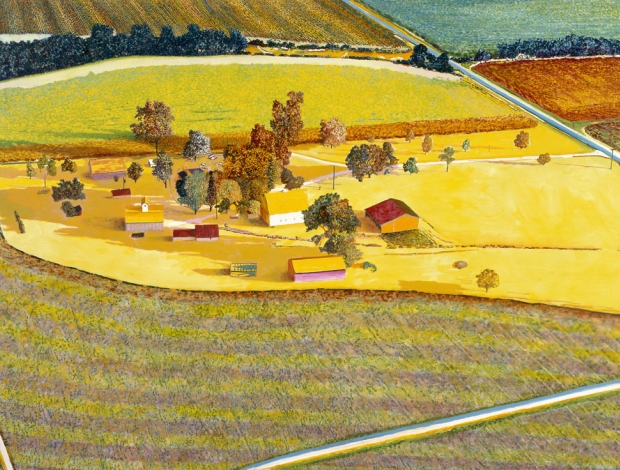 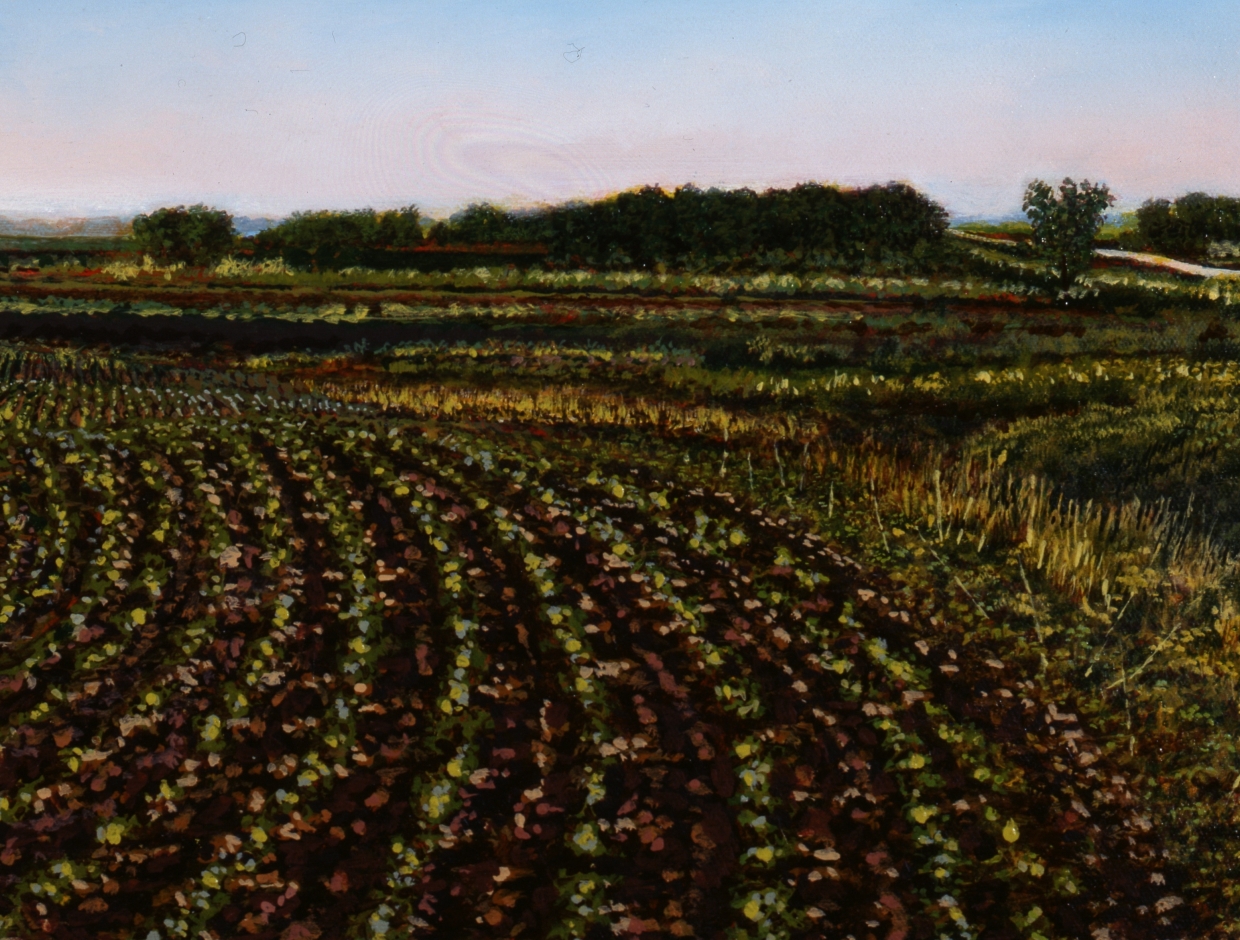 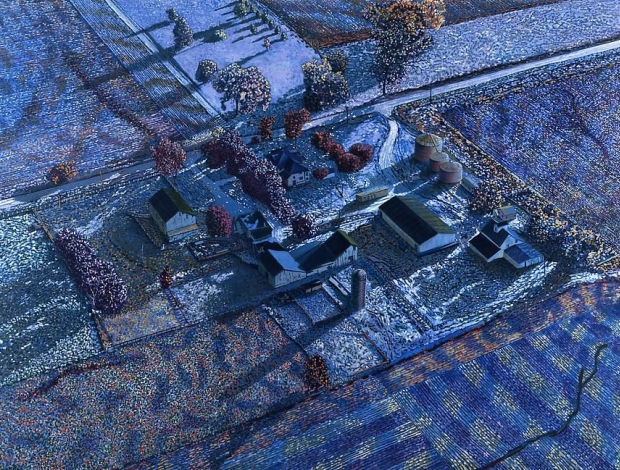 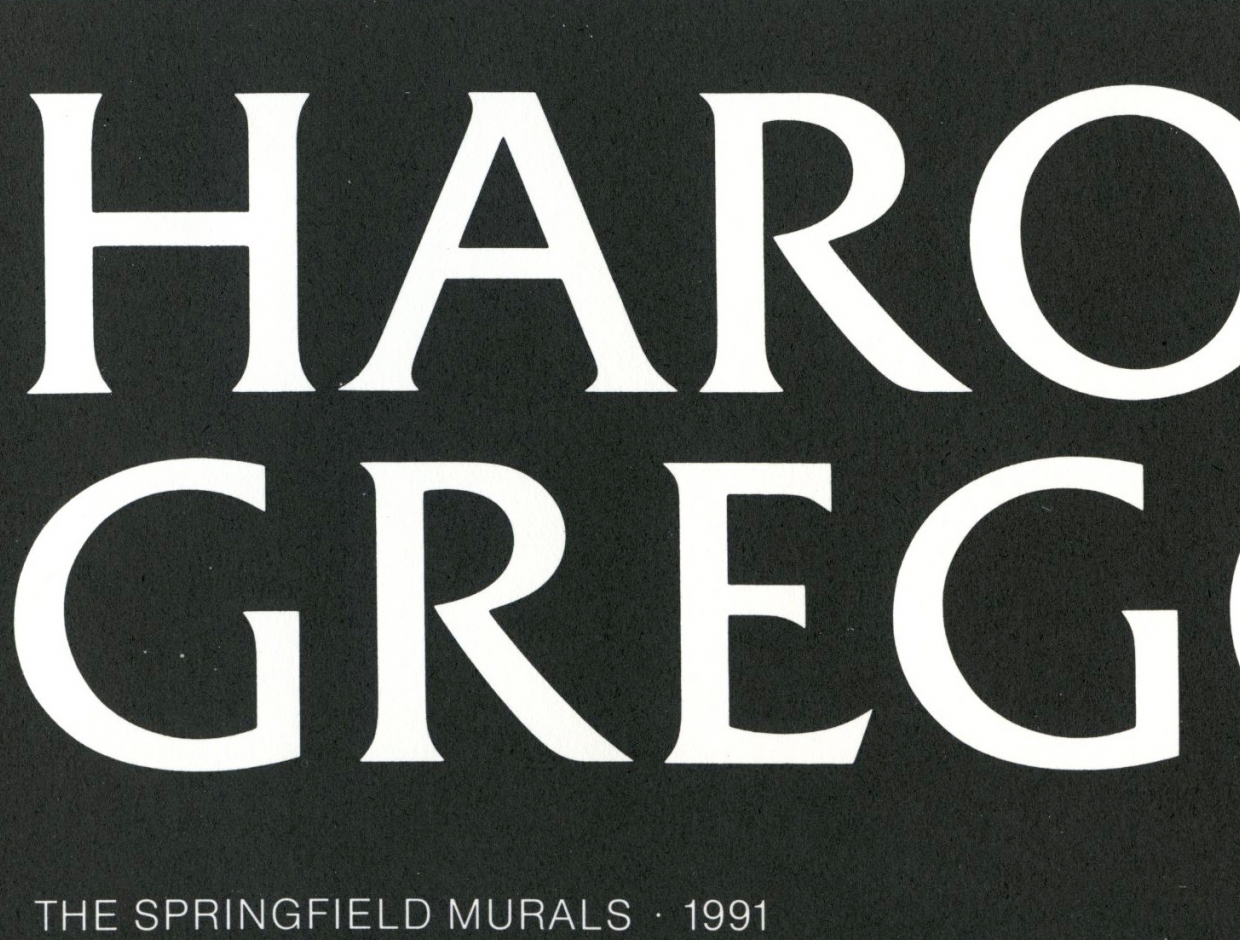 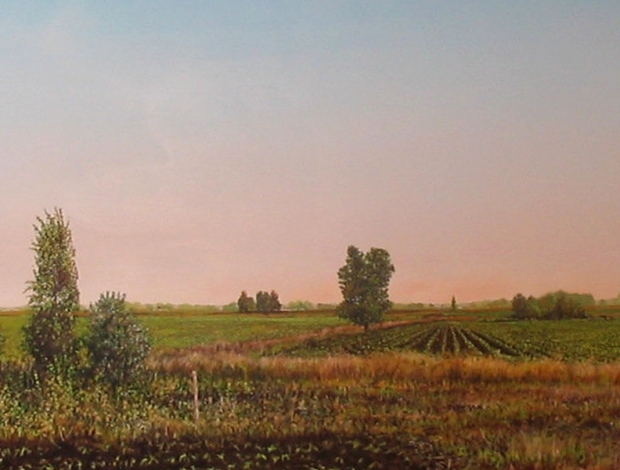 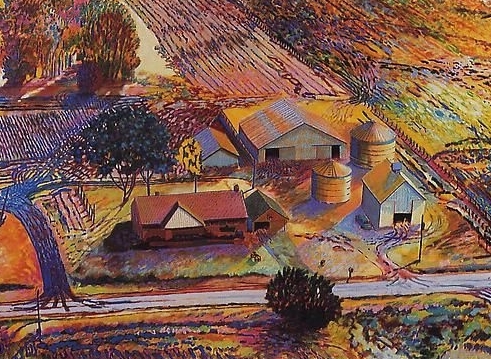 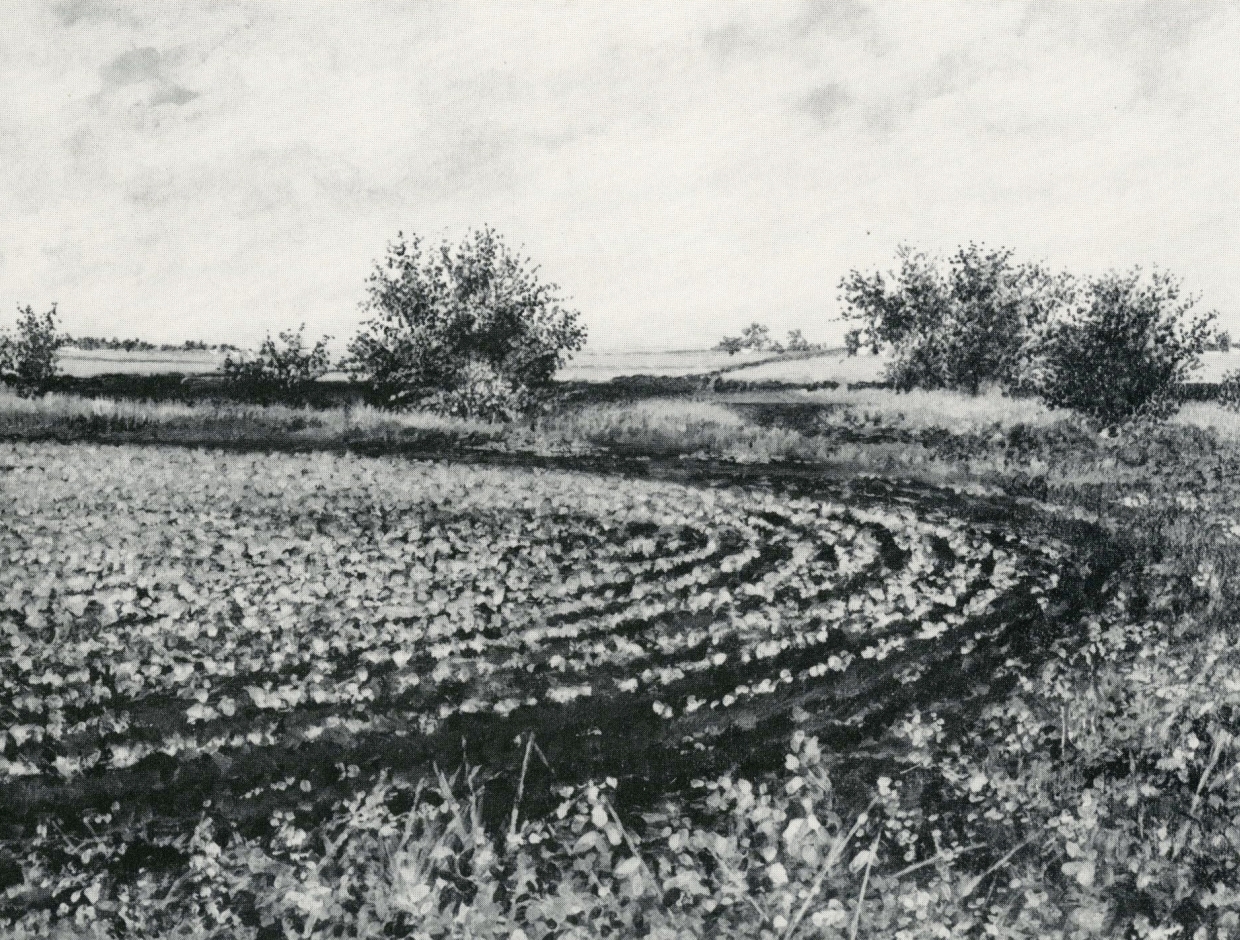 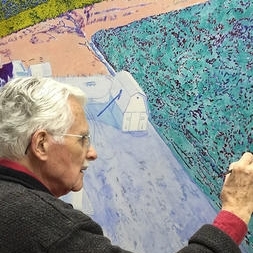 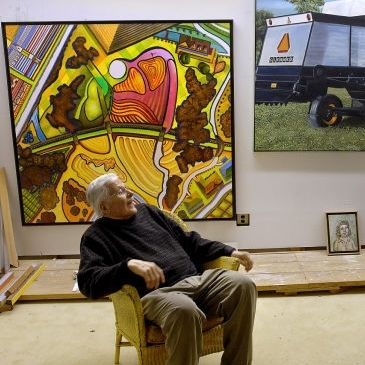 The Pantagraph
Master in our midst: Gregor predated an art movement March 22, 2015 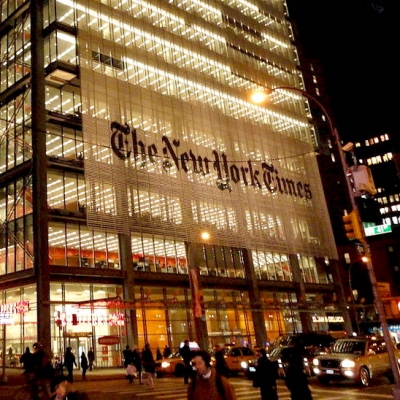 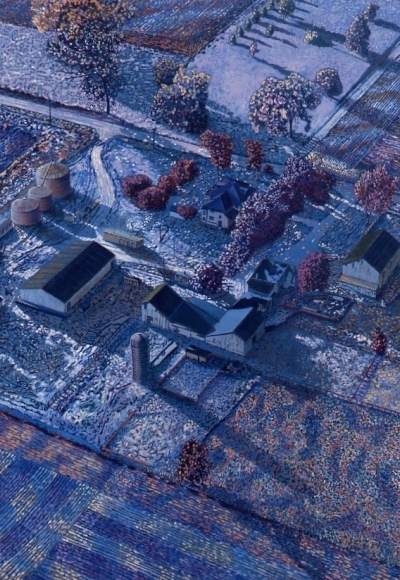 This exhibition surveys the distinctive Midwestern landscape paintings and prints of Harold Gregor, including work from across the artist's career. Guest curated by David M Sokol.